A downloadable game for Windows

Patient 1.8.90 is an atmospheric horror game set in a recently abandoned insane asylum. You are just an average individual, who for Halloween decided to investigate the decrepit facility, thinking it to be merely a fun little thrill. You had no idea of the horrors you would unveil...

The theme for this jam was 'shadows', a theme that was incorporated into the level's lighting, the narrative, and the visual design of certain elements of the game. This will become far clearer upon loading into the game.

The jam version of the game does have a tendency to crash/appear to crash on first boot-up. Either alt+f4 the game and try again or wait for it to resolve itself.

The game may be intensive upon some hardware. I developed and tested it on a rather high end PC, and have not been able to test it on other systems. I did all that I knew of to increase optimization, however please be aware that I am unable to give minimum or recommended requirements.

This game was made as part of a game jam (this one, to be specific: https://itch.io/jam/sandwichs-spoopy-jam-week2), and as such was made under a limited amount of time, and developed between three other college/personal projects. While I am happy with elements of this game, certain aspects leave a lot to be desired (In truth, I'm not all too happy with the sound or animation, but hey, they work well enough). When playing, please bare this in mind, and enjoy :)

Also, while I remember, some things to keep in mind:

-There are no options once in game, so be sure to tweak your system sound settings if the game is too loud.

-Sound effects and pictures used in the game all belong to their rightful owners. While all meshes and textures were made by myself for the jam (using student licences for Autodesk Maya 2018, and Substance Painter 2018)

I would also ask that you don't download and redistribute the game files without getting my explicit permission first.

Just download the file, unzip it, run the .exe file, and enjoy :)

Game was scary!  The atmosphere and sounds were good!  I enjoyed trying to complete the objectives to!

Reply
Hey It's Greg1 year ago

That got me good :P

Very cool. Great atmosphere all around. Could be longer of course but even that part was pretty good for a four day jam.

So I played this game for my Halloween 2018 special.

I really think it looks neat! Interesting story so far, wonder how it continues.
Not knowing where the ghost will show up and around what corner he'll pop up really adds up to the atmosphere.

I only thought it was a bit short, that's unfortunate.. Other than that, keep it up!

Here's a link to the video, in case you'd like to watch it:

Reply
Gravity One1 year ago

I thought the game was awesome! I loved the atmosphere , the feel. It lacked a bit in jumpscare but overall it's a great game. Hope for more in the future

Quick review: Could had been a bit longer, Jumps scares a bit too frequently, A little too dark (Personal opinion), Good atmosphere, does a decent job keeping you a bit on edge, PLEASE OPT FOR A DIFFERENT FONT FOR PAGES!,Most objects have no collision, Spooky, good to kill 15 minutes. All on all, I give it a personal rating of 7/10. Not inherently bad, but could use work. (Yes I am aware it was made as part of a Jam)
If you want to check out my playthrough of this game, you can do so below. Thanks!

Thanks a bunch for playing the game!

Glad you liked it, and I'll be sure to take the feedback into account on my next horror project :)

Sorry if I came across a little harsh on the review. I was just trying to be as honest as possible to help you make better games in the future. 😊

Oh no it's fine! I'm always looking to improve in any ways I can, and simple, honest feedback is the best way to do so. So, don't worry about sounding harsh, it's appreciated!

Greetings from Germany. Great game, i really loved the atmosphere and the shadow monster. He really spooked me three times as he randomly walked around some corners. Unfortunately the game was a bit laggy sometimes after I turned the generator on. All in all a nice small horror game. :)

I originally downloaded this game, not remembering it was a game jam, but none the less I enjoyed the game. TBH the shadow monster was weird and unpredictable and was annoying to get jumpscared randomly for no reason which happened twice, but I LOVED the atmosphere of the game and it was really well done! Thanks for allowing me to create such a fun video!

The interaction seems based on raycast with infinite length? Would probably be better to be shortened to 1-2m.

The generator room uses the same stepsound like the rest of the area despite the water on the floor
The operation table has no collision.
There is no "Exit" door, that would give this place some semblence of a real location.
Wouldn't "Dr." be sufficient on the sign next to the door (Dctr.)?
The black shroud figure lost in shock value quickly and the end was sadly pretty predictable.
Could definitely need some improvements in atmosphere/ambience, but at least it's not as unforgivable as other games.

A few of those issues were addressed in the current version of the Post Jam Build, though some of them (mainly the exit door) hadn't crossed my mind, but I'll be sure to add them in when I can.

Most of the game's major shortcomings areunfortunately a result of the game being made within 4 days in a pretty intense crunch, so bad decisions and design oversights are plentiful.

But, I'm still continuing on with tweaks and updates based on feedback, and I'll be sure to take yours into account!

Yeah, I can imagine that a 3D game in 4 days (depending on team size) can be pretty hard to put together. Especially since sound design isn't necessarily something you think about from the start of development. The overall idea of involving some eldritch being/the doctor being part of a cult was nice, but the length of the game didn't give the mind enough time to come up with any horrible scenarios of what could be. If I remember right Amnesia: The Dark Descent triggered such sequences by short moments where the game would go into slow motion (with slight tunnel vision?), while sound effects would play as if the torture instrument was being used, when interacting with it for the first time.
Good luck with updating :D

Of course, Amnesia was a big influence in a few regards, but again, most of the ideas it brought weren't really doable alongside the rest of it in just 4 days (and the team consist of just me too), but now I've got all the time in the world for updates, and a lot of cut/intended content should make their way back in :)

Amazing game. I really enjoyed it.

Once I figured out the button for the flashlight I thought it was very creepy and that shadow freaked me out to never knowing were it was going to be very well done.

Not bad at all! The game's atmosphere is by far the strongest point, but somehow the somewhat repetitive level design plays into that. With so many similar hallways ad so few orienting landmarks, it really makes you feel lost even when in such a small space. I'm not too enthusiastic about the pitch black monster in a dark room, as my first encounter ended up killing me with no warning, and overall the experience would likely be improved with no monster at all. But it's hard to fault much of this as it is still impressive for a jam title. Only that the font was really hard to read. Detailed feedback at the end of the vid! Hope it's helpful!

Hey, thanks a bunch for playing the game!

Glad the atmosphere worked, even if that first death did kind of kill the mood a little. It was definitely the primary focus of the game. I'm also glad you picked up on that little point about the level design being repetitive, as not many people that tested the game seemed to pick up on that. I wasn't sure how well it would work, so I'm really happy you think it added to the overall atmosphere.

As for the criticisms: I totally agree, in retrospect, that the monster being an actual enemy can take more away from the experience than it adds. I was going for an inescapable hoard of nightmarish creatures, but what I got was just a dull and rather irritating enemy/shortcut to one point in the map. In the confines of a jam, I hadn't thought of what you had suggested, so I'll be sure to try that system going forward.

And as for animation, it's a field that's pretty new to me, so having it be pretty rough around the edges is a given ;) But I'll  be sure to brush it up post-jam!

But yeah, i'll certainly be taking all of the feedback you've given me into account, and I think I'm going to work on a post jam version, since there may be some potential for a neat little horror game in there!

Reply
EyeDisconnected1 year ago
This game was very well made and very creepy. Just watch and youll see what im talking about
Reply 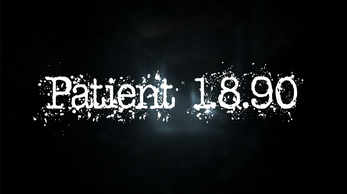 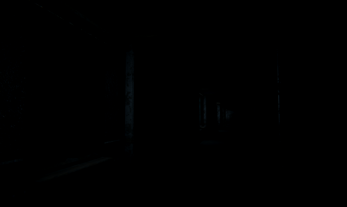 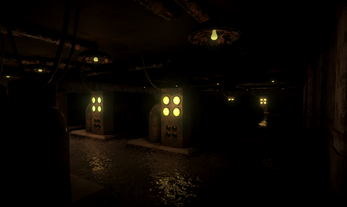 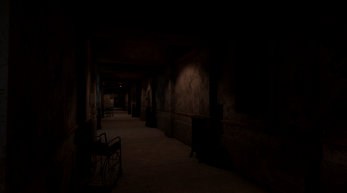 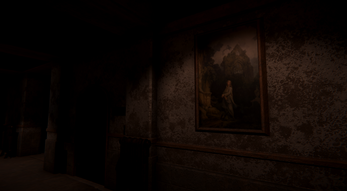 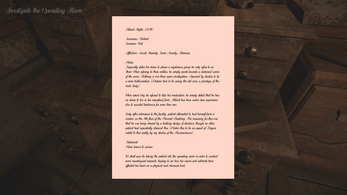